With climate costs on the rise in North Carolina, new polling highlights support for a proven climate solution 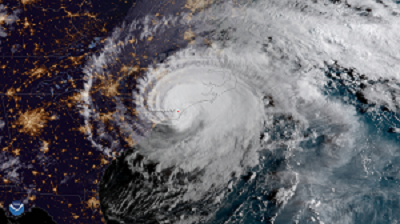 With each passing storm — including Tropical Storm Fred and Hurricane Ida — it’s crystal clear that extreme weather events fueled by climate change are already affecting the lives of North Carolinians. Both storms dumped several inches of rain on Western North Carolina, resulting in significant flooding, and hard hit communities like Canton may face a long road to recovery. More climate impacts like this, plus extreme heat and drought, will continue wreaking havoc on North Carolina’s local economies and residents in the coming decades unless we take urgent action to curb climate-warming pollution.

A report by RTI International, commissioned by Environmental Defense Fund, confirms the high price of continued inaction to address climate change across major sectors of the state’s economy over the next 20 to 30 years. And a recent poll by EDF Action showed that the majority of North Carolinians acknowledge the problems that hurricanes and flooding pose, with three in four respondents noting that the costs of storm clean up and recovery has increased.

The question now is: How will North Carolina leaders act to protect families, communities and businesses from even worse climate damages?

Moving from climate commitments to action

In addition, there is momentum behind a promising solution in the power sector that could provide additional certainty and added economic benefit to the state achieving its newly enshrined climate goals. A March 2021 report by researchers at Duke University and UNC found that North Carolina joining the Regional Greenhouse Gas Initiative (RGGI), a proven, multi-state program that’s reducing carbon pollution from power plants, is one of the most promising and most cost-effective policies for reducing power sector carbon pollution in line with North Carolina’s targets. In July, the state’s Environmental Management Commission (EMC) voted 9-3 to grant a petition, filed by the Southern Environmental Law Center (SELC) on behalf of clients NC Coastal Federation and CleanAIRE NC, to advance the process of North Carolina joining RGGI.

It’s encouraging to see North Carolina beginning to take some concrete steps to rein in power-sector carbon pollution, but there is more work ahead to ensure the state’s pollution targets are met on time, and tailor RGGI to ensure that all North Carolinians reap the benefits of a carbon-free energy future. And the benefits RGGI has created in other states show there is so much to be gained. Since the program began in 2009, RGGI has helped cut carbon pollution from power plants in half and has been consistent with strong and sustainable economic growth. So far, states participating in RGGI have returned over $3 billion in proceeds, which have been invested in a variety of programs, including helping customers with lower incomes pay their electricity bills, making homes more energy efficient and supporting communities during the transition to cleaner energy sources.

North Carolinians across the political spectrum understand that climate impacts, like increasingly severe hurricanes, are already taking a toll on the economy. 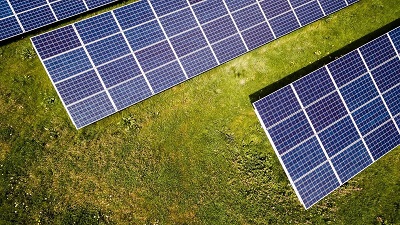 Joining RGGI stands out as a proven, flexible and cost-effective approach to reduce climate pollution from the state’s power plants and, in partnership with stakeholders, North Carolina can establish a program that’s tailor made to benefit people, communities, and local economies across the state.