Leaning into Climate Action is a Winning Issue for Candidates 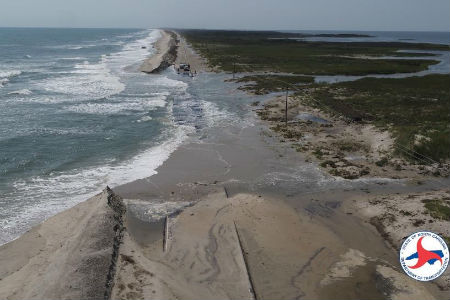 If you’re running for office in North Carolina, voters want you to know something – they care about climate action. In fact, a new EDF Action poll shows that an overwhelming 75% of likely voters in North Carolina, from the mountains to the coast, support new regulations to limit climate pollution.

Here are some highlights:

There is a broad and deep support among likely voters in North Carolina of all political stripes and demographic backgrounds for smart climate policy and, specifically, policies to impose limits on climate pollution.

I know, you’re thinking, well these numbers are great, but what does this translate to?

Well, with this kind of broad bipartisan support from likely voters in North Carolina, our elected leaders and candidates running for office should lean into and embrace bold climate policy solutions, including ways to limit climate pollution.

In a battleground state like North Carolina, this is great news for our environment! And frankly, it shows just how this issue has changed over the years. Climate action has become good politics as well as good policy.

That is likely because North Carolinians are seeing and feeling the impacts of climate change in their day to day lives. This poling confirms that people across the state, especially some key swing voter groups, view climate change and climate impacts as pocketbook issues. Small business owners along our coast are on the frontlines of more frequent and intensifying hurricanes and grappling daily with high-tide flooding connected to sea-level rise. Our farmers are wrestling with extreme heat, changing weather patterns, insect-borne diseases, and diminishing crop yields, all driven or made worse by climate change. And for too many of North Carolina’s communities, catastrophic flooding driven by heavy rainfall events are becoming more frequent.

Property damage, lost wages and diminished productivity are hurting our state’s economic potential, and voters are keenly aware. But voters are also seeing the impacts that climate pollution is having on our health and health care costs – from increased asthma rates and insect-borne diseases to extreme heat causing increased illness, emergency room visits, and even deaths related to heat stroke, respiratory illness, cardiovascular illness and dehydration.

We already know that clean energy is popular in the state. In fact, EDF Action conducted a poll after the NC-09 special election that showed it’s a good issue for candidates to run on. Voters know it will create jobs and grow the economy, but now we’re seeing that voters want to go further. They understand that clean energy is a good step in a comprehensive climate action plan, but that alone will not stave off the worst impacts of climate change. We need sensible limits on climate pollution.

It’s clear that North Carolinians want serious solutions to tackle climate change, including limits on climate pollution. Our polling demonstrates the electorate’s desire to support candidates that are solutions-driven and ready to lead. Leadership on climate change is good for our environment, good for our economy, and it turns out, it’s also good politics.