Sessions 5 and 6: Communicating on the Environment and Winning the Debate

Part 3: Communicating on the Environment

Part 4: Integrating Environment Across Your Campaign

Part 6: Talking the Environment in the Trump Era

Now that you have a foundation for framing the debate, check out these additional resources. 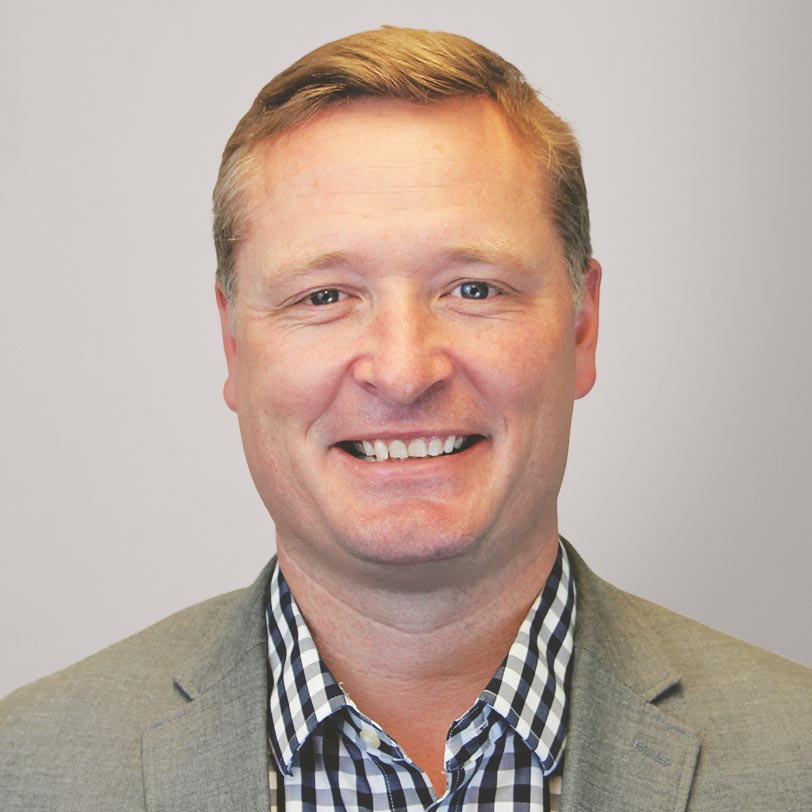 Mitch Stewart is a longtime political activist who has played leadership roles in some of the most groundbreaking organizations in American history. As battleground states director for the 2012 Obama for America campaign, he oversaw the strategy that garnered victories in nine of the 10 battleground states, an effort the The Guardian called "a historic ground operation that will provide the model for political campaigns in America and around the world for years to come."

See more about Mitch and other facilitators

Mitch has put his experience to work for clients in a variety sectors in the U.S. and globally — including the Environmental Defense Fund, Everytown for Gun Safety, political parties around the world, and the healthcare industry. As a senior advisor to Ready for Hillary, Mitch was cited as a "campaign guru" "who is helping Hillaryland build the most high-tech, social media savvy, demographically attuned campaign the world has ever seen."

Mitch has held a number of positions critical to President Obama's success — including Iowa state caucus director for the first Obama presidential campaign and Virginia state director during the 2008 general election. Mitch also served as the national director of Organizing for America, where he led a team that drove grassroots momentum for high-profile legislative victories including the passage of the Affordable Care Act, Wall Street Reform, and the repeal of "Don't Ask, Don't Tell." After the 2012 campaign, Mitch became a Founding Partner at 270 Strategies. 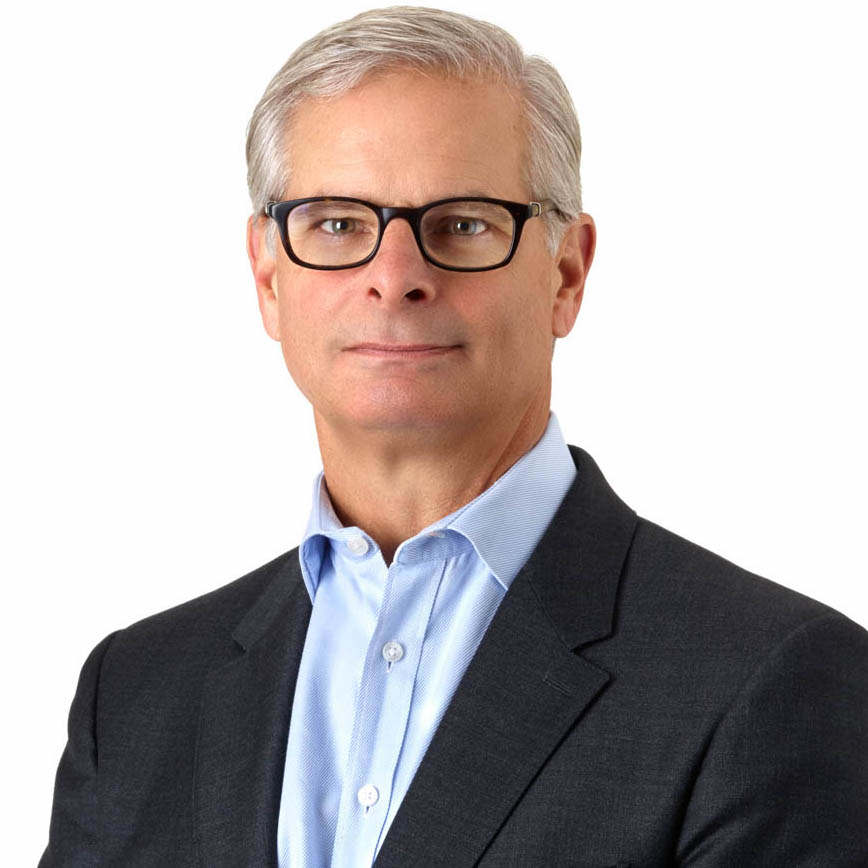 Rick Davis is a Republican strategist with a long and distinguished career in both the public and private sector. Having served on President Ronald Reagan’s political team, Mr. Davis also served in three Reagan Administration Cabinet Agencies including as White House Special Assistant to the President for the Domestic Policy Council. In his capacity in the White House, Mr. Davis managed all domestic policy development including issues related to Climate, Energy and Environment. President George H.W. Bush appointed him as Deputy Executive Director for the White House Conference on Science and Economic Research Related to Global Climate Change.

In 2000 and 2008 Mr. Davis served as Senator John McCain’s national campaign manager leading all aspects of the campaign activity. While serving as Senator McCain’s chief strategist and political advisor, Mr. Davis was integral in the development of some key legislative initiatives including ground breaking Climate Legislation and Campaign Finance Reform. Mr. Davis currently serves on the Boards of The McCain Institute for International Leadership at Arizona State University, Allied Minds, and The Environmental Defense Action Fund. He is a Partner and Chief Operating Officer at Pegasus where he is also a member of the Executive, Investment, Compliance and Sustainability Committees. 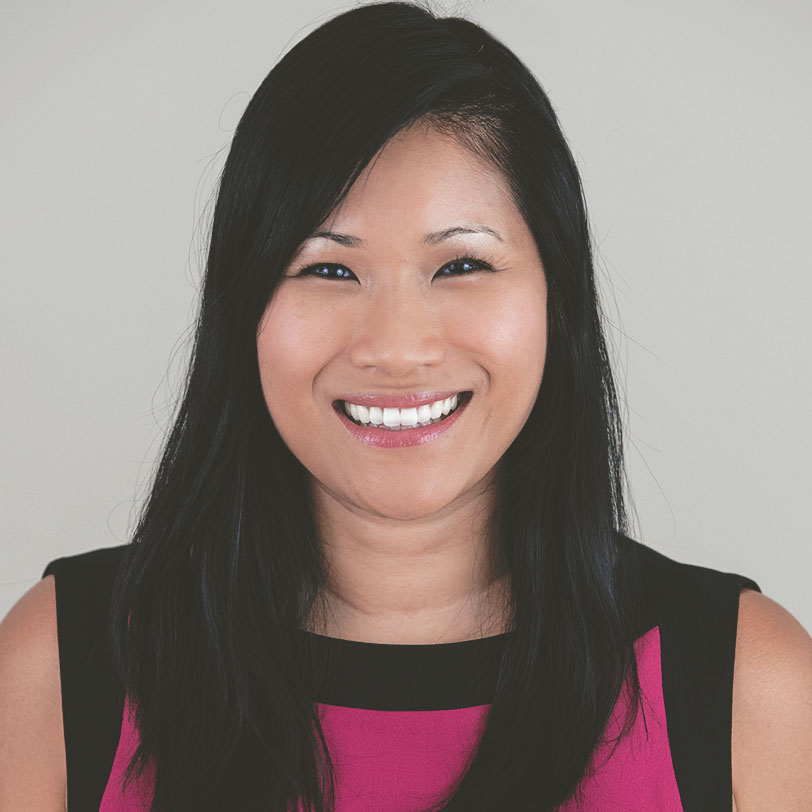 Lynda Tran is a public affairs strategist who most recently served as director of communications for the National Highway Traffic Safety Administration during the Obama administration. In this role, Lynda oversaw the agency's nationwide earned and paid media efforts, including messaging on federal regulations, new automotive safety technologies, and vehicle fuel economy, as well as nearly $30 million each year dedicated to NHTSA's "Click It or Ticket" and "Drive Sober or Get Pulled Over" campaigns. After leaving NHTSA she became a Founding Partner at 270 Strategies.

Over four presidential cycles, she has worked as both an organizer and a communications lead on political campaigns in Texas and the key battleground states of Virginia and Ohio. During her tenure as communications director to then-Governor Tim Kaine, Lynda developed a comprehensive public messaging strategy to cement the Administration's legacy. As national press secretary for Organizing for America, she worked to build grassroots support for President Obama's top policy initiatives, most notably the Administration's successful drive to pass historic health care reform.

Lynda has developed public engagement strategies for a variety of campaigns, companies, and causes across the globe, including Ready for Hillary, OneVoice, Ro Khanna's campaign to represent California's 17th congressional district, and the Service Employees International Union (SEIU). Lynda is a CBS News Political Contributor and frequent commentator. 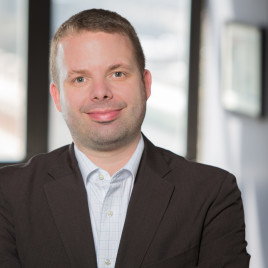 Andrew Baumann began his career as a physicist before deciding to give up super colliders for Senate campaigns. Since becoming a strategist and pollster a decade ago, he has provided research and strategic advice to political campaigns, issue advocacy organizations, and corporations.

He has also advised the campaigns of Senators Gary Peters (MI), Debbie Stabenow (MI), and Tom Udall (NM) while and helped guide the DSCC’s successful efforts to assist the elections of Senators Michael Bennet (CO) and Tammy Baldwin (WI). 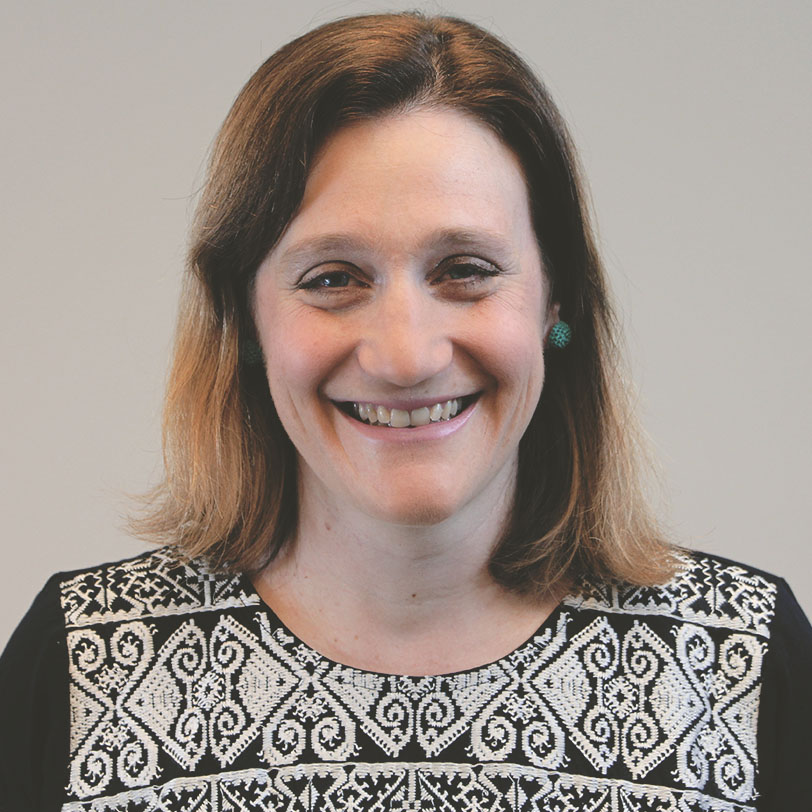 Meg Ansara is a political strategist who served most recently as the Battleground States Director for Hillary for America. She was previously National Regional Director for the 2012 Obama for America campaign, where she oversaw the grassroots and public engagement programs in the Midwest and southern states.

Meg worked on the final campaign of Senator Paul Wellstone in 2002 and the Massachusetts gubernatorial campaign of Robert Reich. She also partnered with Jeremy Bird as a national trainer for staff at the Democratic National Committee in 2004. In 2010, she worked with Governor Phil Bredesen in Tennessee to build grassroots support for “First to the Top,” a package of state legislative reforms focused on improving outcomes for students and closing the achievement gap. These reforms paved the way for Tennessee to become one of the two first-ever winners of the federal Race to the Top grant program.

She serves as an advisor to a number of foundations, advocacy and direct service organizations committed to improving public schools and ensuring all children have the opportunity to succeed in college and in life. She is a Founding Partner at 270 Strategies. 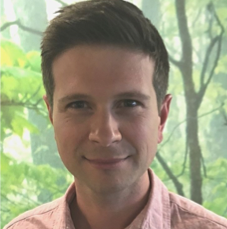 In the past year, under Bonfiglio’s leadership, EDF Action has successfully fought against draconian budget cuts for EPA and other agencies, and has lobbied against unqualified nominees for important protective roles – including chemical and tobacco industry consultant Michael Dourson’s nomination to lead EPA’s toxic chemicals office. It also launched a new campaign training program for political candidates – EDF Action Campaign Academy – that will expand as campaigns heat up later this year.

Bonfiglio joined EDF Action six years ago, most recently serving as its Associate Vice President. Before that he served working on Capitol Hill for nine years, as Deputy Staff Director for the U.S. Senate Committee on Aging under Senator Herb Kohl of Wisconsin, as Chief of Staff for Congressman Charles Melancon of Louisiana, and as Communications Director for Congressman Brad Miller of North Carolina.

Bonfiglio received his Bachelor of Arts from the University of North Carolina at Chapel Hill and lives with his wife and son in Alexandria, Virginia 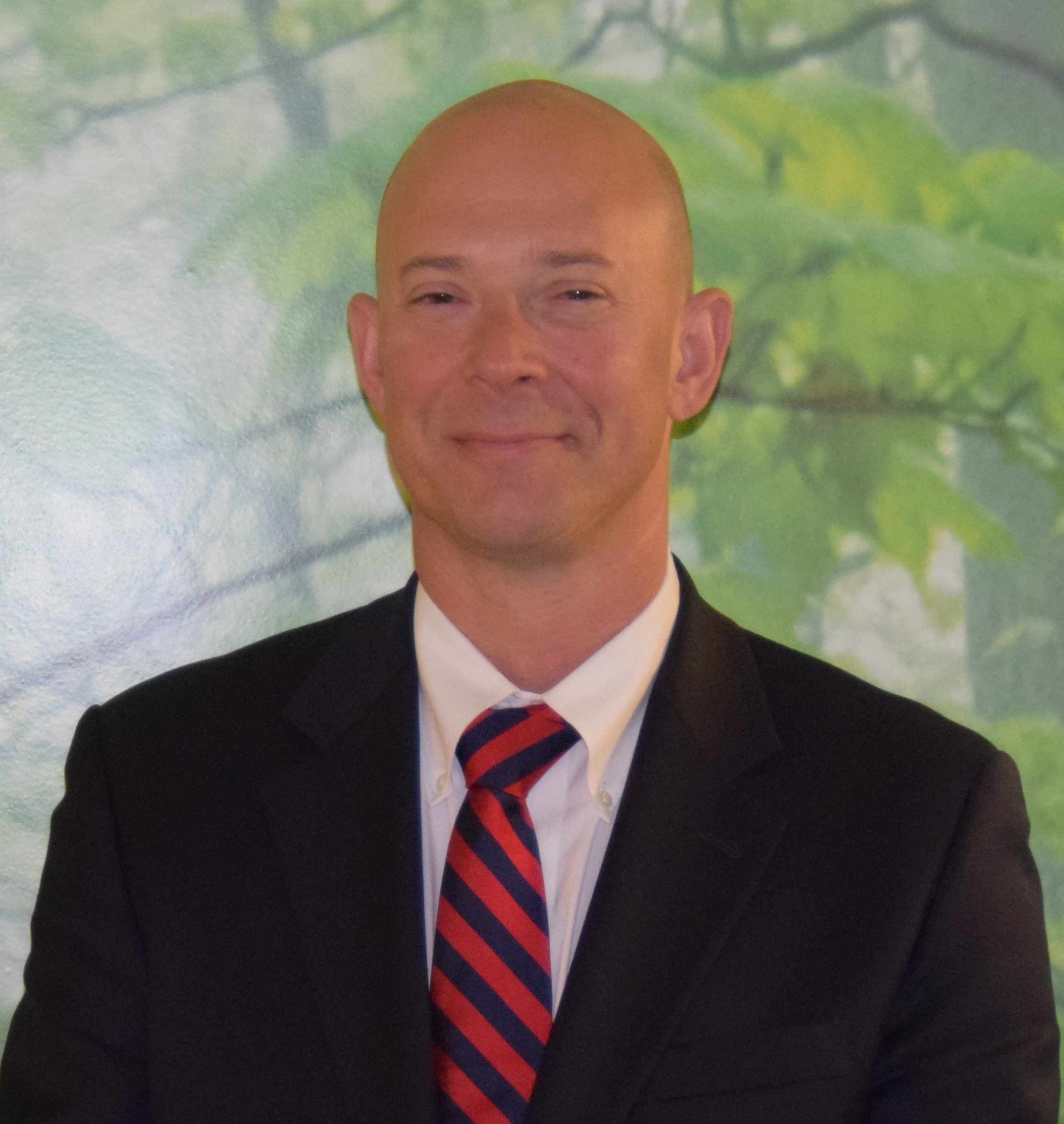 Tony Kreindler is former senior government relations director for Environmental Defense Fund and its advocacy partner, EDF Action, where he works with members of Congress to advance bipartisan solutions to the most challenging environmental problems. He has also served as EDF’s senior strategic communications director and national media director during major legislative campaigns at the state and federal levels. Prior to joining EDF, Tony was chief executive of a Washington, DC-based news and research company and worked as a reporter covering the executive branch and Congress through three presidential administrations.

He has also advised the campaigns of Senators Gary Peters (MI), Debbie Stabenow (MI), and Tom Udall (NM) while and helped guide the DSCC’s successful efforts to assist the elections of Senators Michael Bennet (CO) and Tammy Baldwin (WI). 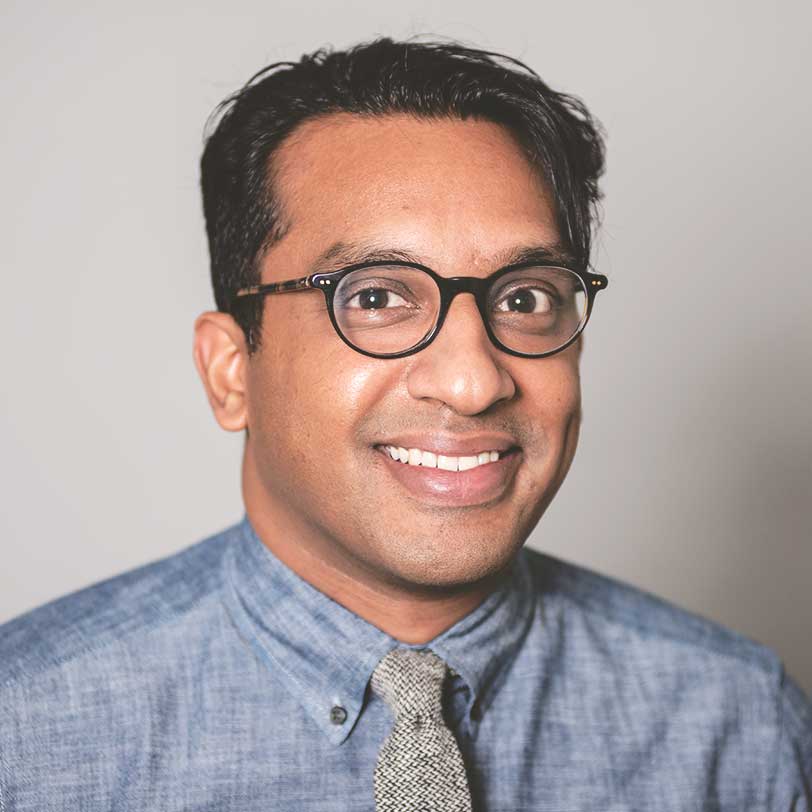 Hari Sevugan has played a leading role on some of the most-watched races in the country over the last decade. Named one of Politico's "Top 50 Politicos to Watch," Hari has led research, policy, and communications teams on numerous statewide campaigns, and, among others, helped to elect Tim Kaine and Martin O'Malley as governor. In the 2008 cycle, Hari served as a senior spokesman for Obama for America, where he helped lead the effort that worked to define primary opponents and later John McCain and Sarah Palin for the press corps.

After the Obama campaign, Hari was appointed national press secretary at the DNC. There, in addition to being the chief spokesperson for the party, he oversaw national rapid response operations for legislative, electoral, and political efforts. Hari is sought after for his political analysis and has appeared on CNN, FOX News, MSNBC and other major news outlets. In 2013, he helped guide a political campaign in Asia to victory and ran a high-profile campaign in the New York City municipal primaries. Hari is a Principal at 270 Strategies.