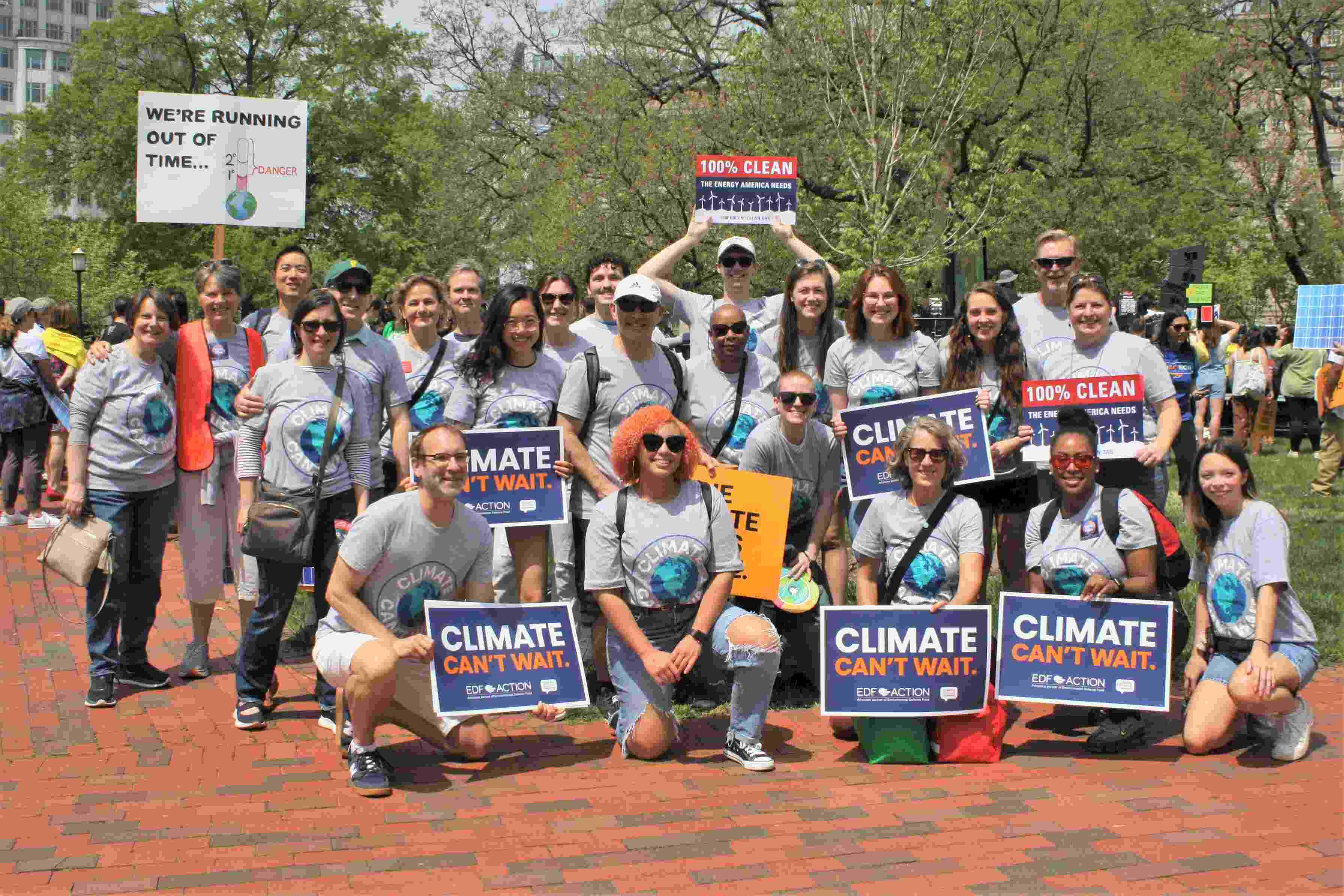 Over 50 years ago, on April 22nd in 1970, millions of Americans united to advocate for our planet on the first-ever Earth Day. That historic day marked the beginning of the modern environmental movement and showed the extraordinary power of people coming together to advocate for our Earth. Ever since, we’ve honored Earth Days with rallies, marches, and celebrations. We’ve taken to the streets and we’ve made our voices heard. We’ve held our leaders accountable and demonstrated our grassroots power.

Earth Day 2022 was no different. In communities across the country, EDF Action’s organizers and volunteers were out in force calling for climate action and standing shoulder-to-shoulder to show tremendous support for federal investments in clean energy, green jobs, and environmental justice.

In Phoenix, Atlanta, and DC, EDF Action volunteers joined thousands at Earth Day rallies to advocate for climate, care, jobs, and justice. These rallies served as a crucial reminder to lawmakers of the broad nationwide support for climate action. At each event, attendees heard from elected officials, community leaders, students, and social justice activists about the importance of climate advocacy in this crucial moment. As Congresswoman Kathy Castor said during her remarks in DC, “we won’t rest until we are on a path to a net-zero economy.”

Karin Quimby, EDF’s Director of Campaigns, attended DC’s Earth Day rally outside the White House. Karin shared her reflections; “It was energizing and exciting to stand among a sea of climate activists on Saturday. It served as a reminder of the enormous support for climate action in this country, and it was inspiring to see so many young people engaged in the effort. Being outside the White House, I felt the power of our united movement to call on President Biden to move climate investments forward.”

In Atlanta, activists gathered on the State Capitol lawn. Marsha, EDF Action’s Georgia organizer, felt energized by hearing from a passionate group of diverse speakers at the rally. She says, “Being among multigenerational climate activists was simply amazing! Engaging in conversations with leaders who understand the urgency of this moment was empowering. We must work together to enact sustainable change and call on Congress to get critical federal investments over the finish line.” 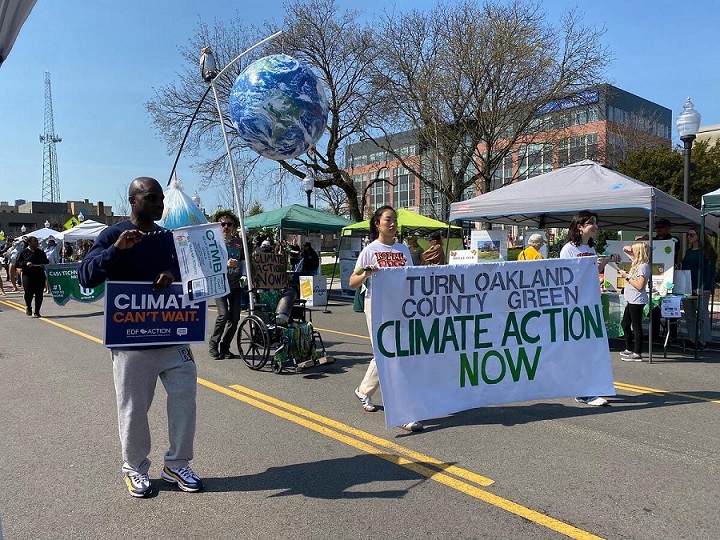 In Michigan and Nevada, EDF Action’s organizers and local activists participated in festivals in their communities. Tina Catron, EDF Action’s Michigan organizer, hosted a booth at Royal Oak’s “Turn Oakland County Green” Earth Day festival. She collected petition signatures, shared information on climate issues, and recruited volunteers for the local movement. As Tina says, “Earth Week is a great time to get inspired and take action on climate issues. This weekend, I was out talking to folks here in Michigan about the impacts of the climate crisis and why it matters to them. With my team of 7 volunteers, we gathered over 170 petition signatures on Saturday in support of bold federal action!”

Also, this month, in celebration of Earth Month, we kicked off our Member Mondays series to highlight volunteers and activists in the field. Each week, we share stories and quotes from our members on Facebook, Twitter, and Instagram. Check out our most recent Member Mondays highlight here!

As Congress returns to Washington, the energy and activism of Earth Week must continue. Federal climate action cannot wait, and here at EDF Action, we’re more motivated than ever to advocate for climate investments, jobs, and justice. Join us to continue the fight. Tell your Senator we need climate action now.