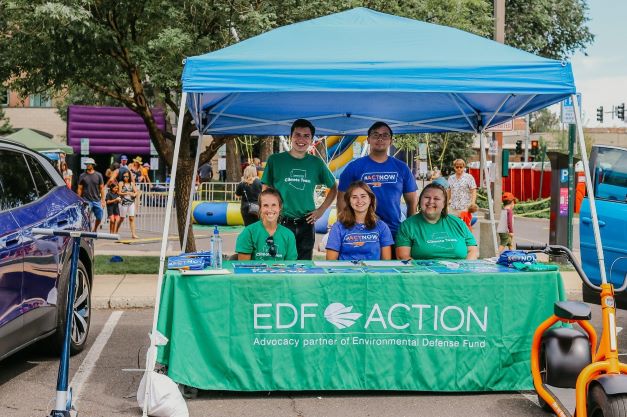 On a Friday in October, thirty 5th graders engaged in a conversation on climate change and environmental action. During “Climate in the Classroom,” a local educational advocacy event hosted by EDF Action, organizers led a lesson on the climate crisis and prompted students to draw images of potential solutions. “The enthusiasm of these students gave me so much hope,” Jacob said, “the energy was so palpable, and the students were excited to share their ideas for how to address the climate crisis.”

Arizonans of all ages are eager to get involved in the climate movement. As Congress considers bold investments in clean energy and green infrastructure, EDF Action volunteers recognize the urgency to take action. Over the past year, Arizona’s Climate Team has engaged thousands of people in grassroots advocacy! In Arizona, EDF Action has 3 core organizers on the ground. In the Phoenix area, Taylor Nelson is organizing to build grassroots power and expand volunteer infrastructure across the state. Taylor grew up in Iowa and developed a passion for politics at a young age. Through internships with the Human Rights Campaign, Planned Parenthood, and Swing Left, Taylor learned the importance of advocacy and grassroots organizing. She recognizes the importance of environmental advocacy in this vital moment; “I know this is a once-in-a-generation opportunity for structural investments in clean energy.”

In Flagstaff, Jacob Carter and Alex Lange lead the grassroots field program. Both full-time students at Northern Arizona University, Jacob and Alex have engaged volunteers across the Flagstaff community in the climate movement by hosting grassroots events, facilitating meetings between constituents and Members of Congress, and gathering petitions. Alex grew up in Vail, Colorado, surrounded by natural beauty; “it was ingrained in me from a very young age to enjoy the natural world and protect the environment… I want to keep exploring the world throughout my life, and have been searching for ways to be a part of the solution to the climate crisis.” Similarly, Jacob felt compelled to pursue a career in political action since his freshman year of college. He says, “I know this is the vital movement of my generation.” 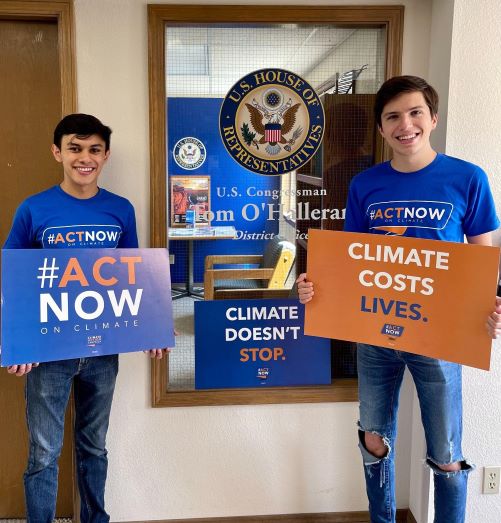 Taylor, Jacob, and Alex all agree that organizing with EDF Action is challenging, exciting, and rewarding. As Jacob says, “organizing has been an engaging, super gratifying experience… I’ve been learning and growing from my volunteers, other organizers, and managers… We’ve been pushing the climate movement forward, and that’s a mission I really care about and is really valuable.” Taylor mentions the value of working with volunteers; “it’s been so exciting to meet so many people with passion and motivation… I’ve met people who work in the solar industry and folks who have experienced climate disasters… Most people realize that climate change is here now, and everyone needs to do something to address this.”

EDF Action’s Arizona Climate Team organizers are working hard to spread the word about the urgency of bold climate action and passing the Build Back Better Framework! Taylor, Jacob, and Alex are always looking for new folks to join the movement; click here to register for an upcoming grassroots event.

We will be running a series of posts on EDF Action’s grassroots work and the organizers leading the charge in key states and congressional districts! Check back on Wednesday for our next installment in this series. To learn more about how to take action in Arizona, contact Taylor at tnelson@edfaction.org or Jacob at jcarter@edfaction.org, and join our Arizona EDF Action Facebook group!