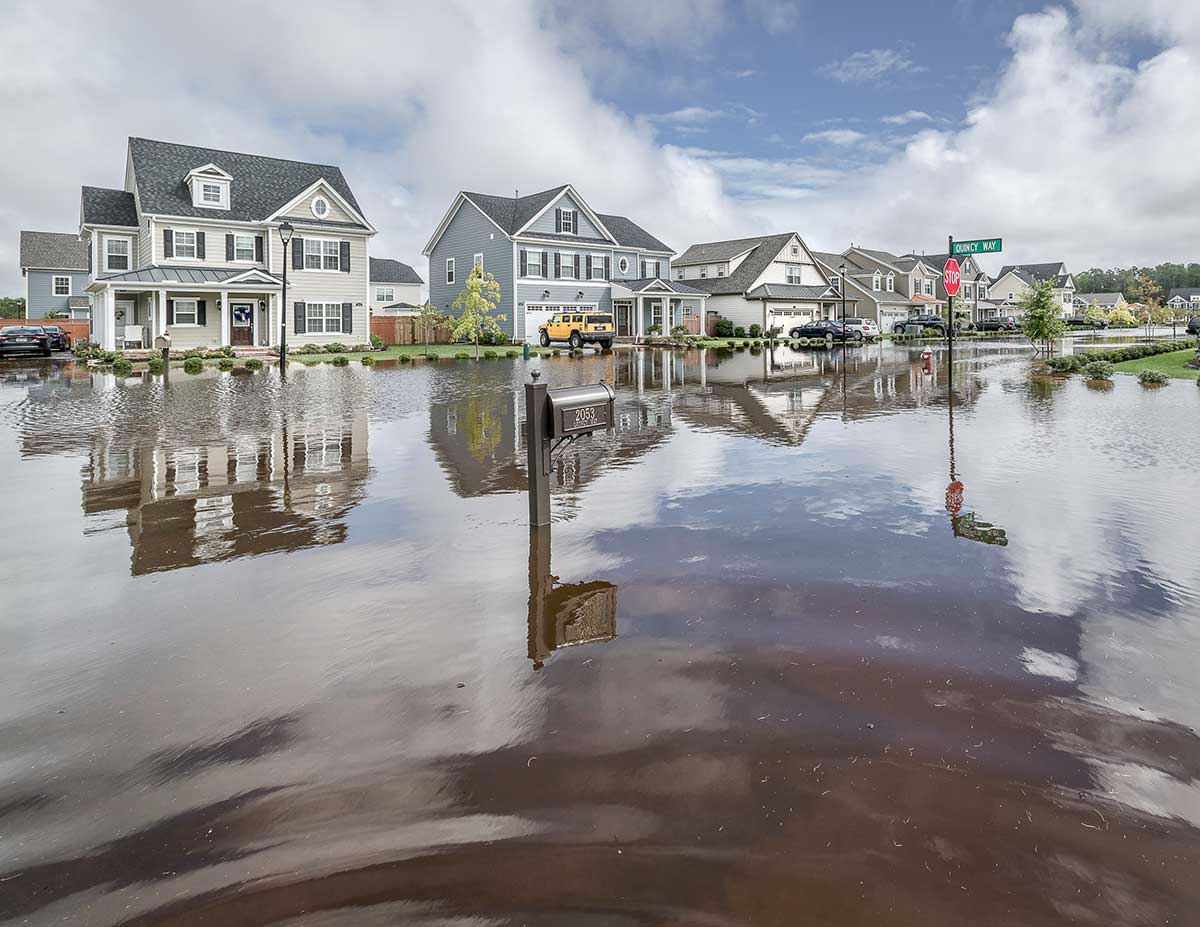 Image courtesy of the city of Virginia Beach

Virginia Beach is the most populous city in the Commonwealth and faces increasing flood risk due to rising sea levels and more intense storms. Recurrent flooding has an impact on critical sectors including the military and tourism, both major contributors to the local economy.

The city has already taken great steps to identify and begin addressing its flood risk through efforts like its Sea Level Wise plan, completed in early 2020. The adaptation strategy laid out by this plan identified $1.3 billion in flood mitigation and resilience funding needs for the next 15 years alone. With currently available funding, these projects would take 40 years to complete – but urgent action is needed now.Luckily, the city is poised to take a historic step toward securing funding for vital projects that would create a more flood-resilient Virginia Beach. This November, voters in the City of Virginia Beach have a unique opportunity to advance a $567.5 million bond to rapidly accelerate the implementation of more than twenty critical flood mitigation projects.

Here’s what you need to know before you cast your vote.

1. Without action, Virginia Beach will continue to experience ever-worsening floods at an increasing cost to residents.

Unless we take action, recurrent flooding will continue to increase due to climate change, leading to increasing impacts on Virginia Beach’s residents’ homes and businesses.

Last week, Old Dominion University released a report analyzing the economic costs and benefits of implementing flood mitigation in Virginia Beach. The report estimates that without action, annual flood losses in Virginia Beach could more than quadruple in the next 40 years, from $75 million to $350 million losses annually by 2060.But if the bond referendum passes this year, every dollar of investment in public infrastructure will reduce future flood damages by up to $15. This research makes a strong case for implementing flood resilience projects in Virginia Beach as soon as possible.

2. This bond referendum will fund a comprehensive suite of flood resilience projects.

This bond will allow Virginia Beach to accelerate 21 flood mitigation projects across six major areas of the city to be completed by 2031. The City will reinvest any remaining funds in additional flood resilience projects to clear the maintenance backlog.

The proposed projects include a variety of drainage improvement projects for critical infrastructure – including culverts, road elevations and drainage pumps – as well as natural infrastructure like marsh restoration and converting greenways on golf courses and other open areas for water retention during flooding events.

3. Implementing flood resilience will help everyone in Virginia Beach.

Flooding impacts everyone who lives and works in Virginia Beach, whether it influences the roads you take to work or school or directly impacts your home or business during a flood event. And all Virginia Beach residents, even those not living in one of the six areas with planned flood mitigation projects, will benefit from this bond proposal.When surveyed, more than 80% of Virginia Beach residents said the city needs to have a plan and make investments to reduce flood risk and flood impacts. Investing now in flood resilience will keep Virginia Beach open for business. Additionally, the bond will free up existing resources for maintenance of existing infrastructure.

4. The bond will create jobs and economic growth in Virginia Beach.

The bond would be paid for by increasing the real estate tax by 4.3 cents per $100 of assessed house value, costing the median homeowner approximately $115 per year – a small price to pay for investing in long-term resilience, especially relative to the cost of inaction If the bond referendum passes this year, the construction of all flood mitigation projects in the next ten years will generate almost $450 million in economic output and create nearly 4,000 new jobs for Virginia Beach.Already a leader in flood resilience planning, Virginia Beach now has a milestone opportunity to show how other mid-sized coastal cities can invest in their own flood resilient future.

Make your voice heard and vote yes on the bond referendum!This November, Virginia Beach residents have a historic opportunity to advance flood resilience in their backyard and broader community. Election Day in Virginia is only a month away and early voting is already underway. Remember to vote yes on the bond referendum to advance this important initiative to build flood resilience in Virginia Beach.To learn more, in-person and virtual community meetings are being held throughout October.