How bold clean energy investments can help power up tribes 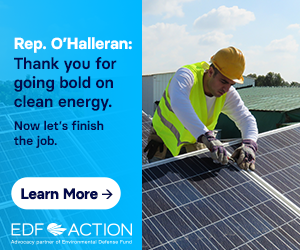 This August, the U.S. Senate showed that it is stepping up to take the opportunity to create good-paying jobs and build a more just clean energy future through big, bold investments in our infrastructure. This action is only a down payment, but it is good news for all Americans and especially for tribal communities that have too often been overlooked when it comes to investment. Continued action by Congress to make bold investments in clean energy and climate solutions could mean a better, cleaner future and needed economic development and jobs for tribes across the U.S.

Tribal infrastructure investment is step one

The bipartisan infrastructure bill passed by the Senate included several key tribal infrastructure investment provisions they deserve support by the House of Representatives. These include:

The Senate-passed infrastructure bill is a needed down payment for tribes, but further action and investment will be critical to ensure tribal communities that have long shouldered an unfair burden of our nation’s pollution legacy see the maximum benefit as we work to build back better under the Biden administration.

Decades of underinvestment mean many tribal communities face disproportionately high costs for basic necessities, limited access to public services, high levels of poverty, and outdated and weak critical infrastructure. They are also hit first and worst by the climate crisis and suffer disproportionately from extreme weather events and air and water pollution.

Continued ambitious investments will be necessary to right these historic wrongs and ensure a better clean energy future for tribes across the U.S.

To give one example, a whopping 75% of U.S. homes without electricity are located on the Navajo Nation across the states of Arizona, New Mexico and Utah. But through the leadership of Navajo President Jonathan Nez, clean energy is growing to fill this gap and create needed jobs in tribal communities.

In March 2021, the Navajo Nation solidified leases for two new solar plants on the reservation, which can start to help power some of these homes. The plants are expected to bring in $90 million in energy transmission payments, $13 million in land lease payments, and $6 million in tax revenue for the tribe, as well as power. Some of the income will go toward connecting more Navajo homes to the power grid and keeping rates down for tribal customers, according to the tribal utility.

“Our communities were once heavily dependent on fossil fuel energy, but now we are seeing change happen,” said Navajo Nation President Jonathan Nez.

And similar opportunities for economic diversification and job growth through clean energy infrastructure investments exist for tribes across the U.S.

“Tribes possess lands in prime locations for wind and solar energy development. They have skilled workforces—many who wish to return to their homelands instead of fleeing to urban areas for jobs,” said Hilary Tompkins, an enrolled Navajo Tribal Member and former Solicitor General of the U.S. Department of Interior under President Obama. “Many interstate systems traverse Indian Country, such as highways, railways, and transmission lines, providing opportunities to expand and deliver renewable power, transportation, broadband, and e-vehicle charging stations, for the benefit of tribal communities and beyond.”