New poll shows statewide, bipartisan support for investing in flood resilience in Virginia. Here’s what the state has underway. 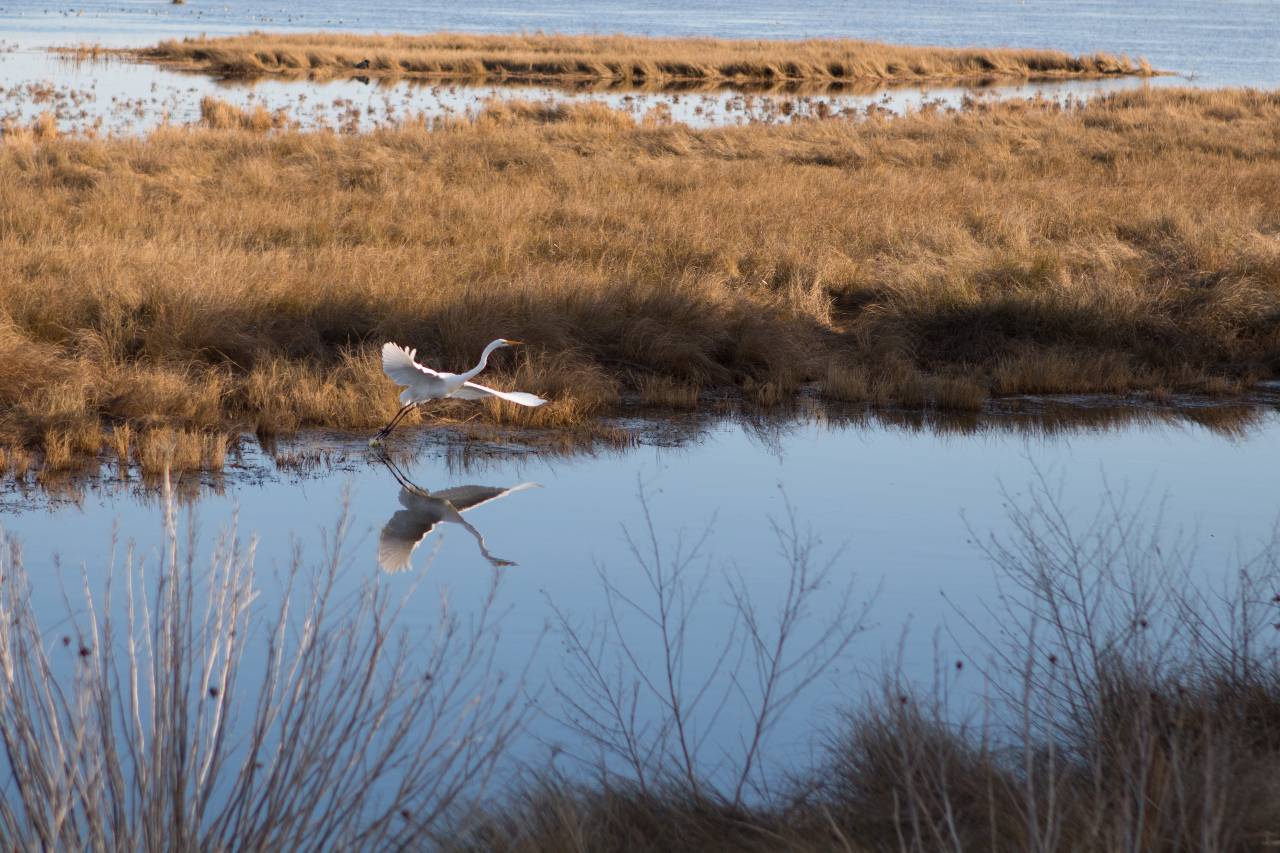 Climate change poses a significant threat to Virginia’s coastal communities, infrastructure and economy. The state has the highest rates of sea level rise of the entire Atlantic seaboard, putting more than 34,000 buildings and 534 square miles of land at risk of flooding by 2060.

Ahead of statewide elections in Virginia this year, EDF Action and Global Strategies Group conducted statewide polling of likely voters on key issues related to flooding, climate change and coastal resilience. Poll results show broad, statewide and bipartisan support for taking action to protect Virginia from future flooding. Both coastal and inland voters believe that it is important to address the risk of flooding to protect Virginia’s economy, communities and ecosystems. And a striking 77% of voters want to see the next governor take action to protect communities from flood risk.

In the last year of the Northam Administration, work to address statewide flood risk and resilience is ramping up. When Virginians hit the polls in November, the groundwork will be established for the next administration to continue building – and funding – resilience across communities in Virginia.

Nearly $20 million netted so far for statewide flood preparedness, but more is needed

In January, Virginia became the first southern state to join the Regional Greenhouse Gas Initiative (RGGI), a carbon emissions cap-and-invest program for the electricity sector that includes 11 states. The first quarterly RGGI auction of 2021 netted $19.8 million for the statewide Community Flood Preparedness Fund to address recurrent flooding, sea level rise and extreme weather events. RGGI will bring in upwards of $750 million for the fund over the next decade. Importantly, 25% of the funding is dedicated for low-income communities.

The first round of grant funding will open this summer, prioritizing capacity-building for local communities and governments as well as flood risk planning and studies. The fund will be a great opportunity for localities to invest in nature-based solutions and leverage multiple sources of funding, including through federal programs.

In October 2020, Virginia released a Coastal Resilience Master Planning Framework to guide development of the Commonwealth’s first-ever coastal master plan, now in development and set to be released this fall. This summer, the team will be conducting public outreach and stakeholder meetings to inform development of the plan before its release at the end of the year.

When surveyed, nearly two-thirds of voters said that flooding is already having a serious impact on Virginia, and a plurality said it will directly affect their family in the next decade. This plan, and future iterations of it, will be a key avenue for community members to engage in planning for their future.


Of course we are concerned. Here in Coastal Virginia, we live with the consequences of the climate crisis everyday. https://t.co/BtzlUucvR2

Although most voters were not aware of the planning process underway when surveyed, 81% of voters agreed it’s important to have a regularly-updated plan to deal with the risk of flooding because they understand Virginia’s coastal cities and communities are already at risk. When complete, the Coastal Resilience Master Plan will help pave the way for future studies and projects to build flood resilience for coastal communities. Other states with coastal master plans, like Louisiana, update their plans on a regular schedule. Virginia’s next governor must make a commitment to do the same.

The Northam Administration has set ambitious goals that will put Virginia on a sustainable pathway towards flood resilience – but we can’t stop now. As Virginia heads to the polls to elect a new governor and House of Delegates, future elected leaders must commit to investing in planning, engaging communities and funding flood resilience for all Virginians.

Explore the polling memo here and the topline results here.