Getting out the vote with the Green Wave! 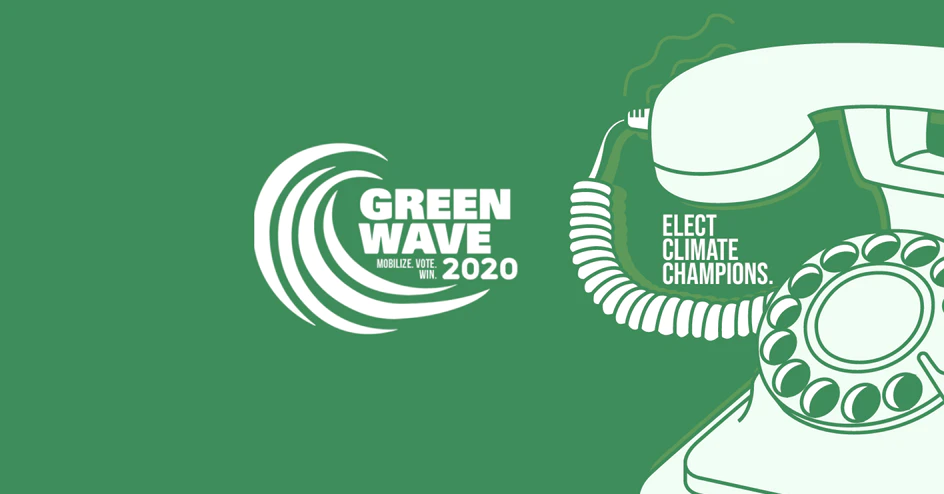 Climate change has now been a topic at all of the president and vice president debates, confirming what we already know; it is the critical challenge of our time and key issue at stake in this election. And that’s not just true at the top of the ticket.

That’s why five of the nation’s leading environmental organizations have joined together to mobilize their collective membership to elect pro-environment candidates as part of ‘Green Wave 2020.’

The Green Wave is working to elect or reelect environmental champions in 38 closely contested House and Senate races. Candidates supported by the Green Wave have strong environmental credentials and are often running against candidates who deny the scientific reality of climate change.

There are more than 70 Green Wave organizers working around the country, including EDF Action organizers in Arizona, Colorado, Florida, Illinois, Iowa, Michigan, Nevada, and South Carolina. 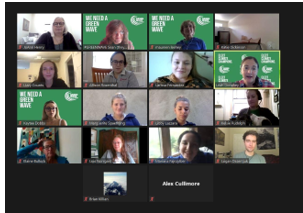 The response from EDF Action members who have volunteered with the Green Wave has been overwhelming.

Kevin, an outdoorsman, has been a lead volunteer with the Green Wave in Michigan. He says he has seen the effects of climate change up close on his outdoor adventures and it keeps him motivated to take action. “The Green Wave is a great way to connect with volunteers who share my passion for protecting the environment by working to re-elect climate-champions in Congress. It has been a very good experience for me!”

Kaytee in Denver says “I work with the Green Wave because conservation and environmental stewardship was taught to me by my parents from a young age and the time is now to protect our way of life, to protect the outdoors.

No child should be told they cannot play in a river or a creek because of toxic chemicals, or be afraid of the air they breathe because they live in a zip code targeted by big-polluting energy corporations. My mom and I have been involved during the 2020 election cycle to put an end to these fears we have for the community. I hope to see a pro climate Congress and White House this coming year! We cannot afford to wait any longer.”

Tania in Florida is motivated by her son to volunteer.  “My son has autism and he came to me after hearing Greta Thunberg talk about climate change. My son asked me for ways he could help. He usually does not take interest in the world outside of his immediate family, So, Greta’s activism got him thinking about the climate was a surprise.

Soon after my son’s request, I read a notice on Facebook about EDF Action hosting Green Wave. There was a Zoom training class right here in Orlando! I RSVP’d and signed up to be a phonebank captain. We are supporting Stephanie Murphy for Congress as she is a climate activist. I share with my son the stories from other volunteers and from the people I speak with and we both get the satisfaction of helping take action on climate change starting right here at home”.

Candidates are taking notice. Many campaigns have told us that the Green Wave phone banks are their most successful, and several have even broken campaign records

Since September, more than 700 Green Wave volunteers have made nearly 100,000 phone calls, and they won’t stop until the last poll closes.

It’s not too late to jump on the Green Wave! Join us today!