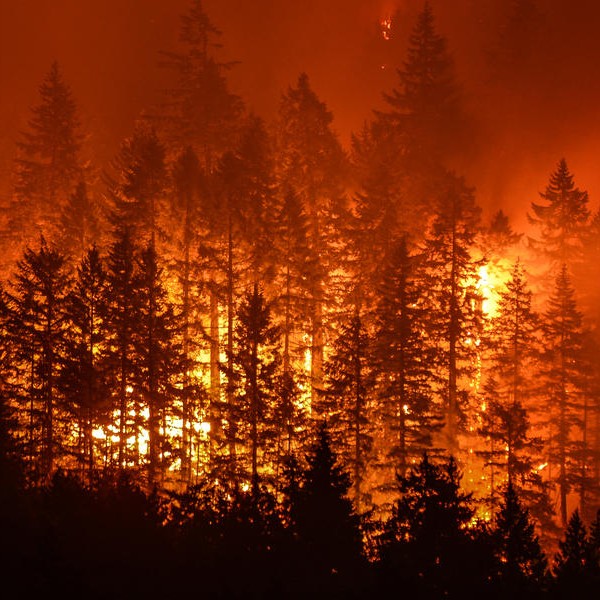 The Western wildfires are driving strong concern about climate change, with nearly three quarters of Americans saying recent weather events have made them more concerned about the impacts of climate change, according to a new national poll by EDF Action. The concern spans generations — 83% of Gen Z, 78% of Millennials, 71% of GenX, and 70% of Baby Boomers.

The findings have clear political implications. Three quarters (75%) of swing independent voters also say recent weather events like wildfires have made them more concerned about the impacts of climate change. That includes 81% of independents and 83% of those who voted for both President Obama and President Trump.

Americans are waking up to the reality that climate change is here and they’re making the connection between this crisis and extreme weather events like these historic fires raging across the West. Among voters, this is not a partisan issue – a majority of Republicans, Democrats and Independents say these fires are making them more concerned about climate change.

All this is happening against the backdrop of Trump’s attempts to undermine environmental protections, including limits on climate pollution. The president has sought to repeal or weaken more than one hundred environmental safeguards and installed lobbyists to run key environmental programs. In fact, it’s clear that Donald Trump doesn’t even believe that climate change is a problem. Last week in California, he cast doubt on widely accepted scientific facts about our climate and appeared to blame the wildfires on “exploding trees.”

Even before this year’s devastating season, there was a dramatic increase in the damage caused by wildfires. The average wildfire season in the West is three and a half months longer than it was a few decades back, and the number of annual large fires has tripled — burning six times as many acres.

The increase in wildfires is also part of a larger trend of costly climate impacts. Billion-dollar weather disasters fueled by climate change are becoming more frequent and more devastating to state and local economies, according to a report by Datu Research commissioned by Environmental Defense Fund, a partner organization of EDF Action.

These fires are perhaps the most vivid evidence that climate impacts have arrived with an exclamation point. But the truth is — from stronger hurricanes to droughts to heatwaves — the signs are all around us. The American people get the connection and the urgency. Now it’s time for leaders who do, too.