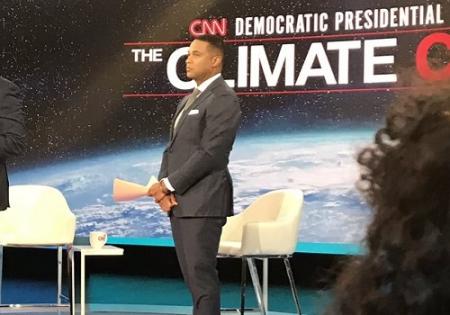 Voters that tuned into CNN last night caught a historic conversation on an issue that may define the 2020 presidential election.

The climate crisis was front and center on one of the world’s largest cable networks, and 10 candidates were given time to make the case that they are the leader to move the country towards a 100% clean future.

I saw one warning sign, but first lets talk about the good stuff.

Poll after poll during this primary season has told us that voters are looking for ambitious climate solutions, and we certainly got that from the candidates last night.  Each candidate took the stage to promote aggressive and compelling climate plans.

Although each plan differed in detail, every candidate produced policies that will rid the United States of climate pollution and transform us into a 100% clean economy.  The climate plans put forth by these contenders weren’t crafted on the back of a napkin or compacted into a catchy slogan, they were real and well thought out solutions.

During the forum, every candidate was able to differentiate the immediate climate executive actions they would take, starting on day one of their administration, while detailing their long-term legislative objectives that need Congressional approval.  From the minute former Secretary Julian Castro took the stage at 5:00pm until Senator Cory Booker shut off the lights well after midnight, candidates offered ambitious legislative proposals that would help guarantee that future administrations couldn’t dismantle critical climate progress.

On the surface it may have looked like the candidates mostly agreed on these important issues facing our planet’s future, but there were plenty of differences too.

Candidates were forced to answer tough questions, face-to-face with voters, about the aggressiveness of their proposals, the cost of action, the future of fossil fuels, and the role of industry.  That is a good thing because whoever emerges as the Democratic nominee for President will have to make the same strong case that climate action is a top priority in “Trump districts” and with skeptical Americans across the country.

It was hopeful to see a night devoted to the climate crisis, and candidates did a good job putting aggressive solutions on the forefront for the public to digest.  But there is still a lot of room for improvement from all of the candidates that were on stage last night.

Each candidate was faced with questions about what societal changes must take shape for us to reach our climate goals – some were able to crisply communicate a powerful political response, but others need to work on their message. Candidates need to message stronger and push back harder on the misleading attacks that it will take extreme sacrifices to make real climate progress.  Over the past generation, manufacturers have used technology and innovation to produce everyday products at a fraction of the carbon footprint that they once did—and that is a trend that can only improve.

The leaders running for president must draw the tight connection that a transition to a 100% clean future doesn’t mean that Americans have to sacrifice their hamburgers or their quality of life.  That is a false choice and it is the political trap that President Trump and his allies are going to try and force Democrats into next fall.

Climate change is a major component of every issue that faces our country, and that too was reflected in last night’s forum.  Candidates used their push for climate action to connect this crisis with other major issues facing our country.  Whether it is national security, civil justice, agriculture, or the economy—strong climate policies will make our country safer, fairer, and more prosperous.

Last night was a major step forward for climate action.  Candidates showed the American people that they understand what is at risk and they have serious solutions ready to deploy.  We saw candidates raise critical issues like methane emissions, deforestation, and carbon removal technologies to the forefront for the first time this election season.

CNN deserves credit for starting an important conversation and the candidates did a good job ensuring that they were responsive to the demands of voters.  But hopefully this is just the start.

Now that climate is on the platform that it merits, it is our job to ensure it continues to get the attention that it deserves.