A Divided America Stands United on Health, Environment, and the Economy 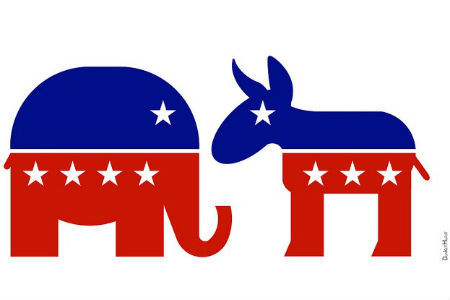 Each time a new Administration arrives in Washington, the Senate is tasked with vetting the President’s nominees through a process of rigorous hearings. This year, Senators have their work cut out for them, especially for one nominee in particular.

It’s the Senate’s job to ensure Americans have an Administrator for the Environmental Protection Agency that believes in environmental protection, and that means not nominee Scott Pruitt.

The good news is, environmental protection shouldn’t be a tough sell; it’s what Americans want, no matter who they voted for.

Voters—including a majority of Trump voters—overwhelmingly support environmental protections, including federal regulations on air pollution and drinking water. This is because Americans know that pollutants in our air and water can harm our health. Mercury, for example, a dangerous neurotoxin emitted from coal burning power plants, can harm children’s brain development.

A majority of registered voters (62 percent) also say they want President-elect Trump to do more, not less, to address global warming, and 63 percent say the same for Congress. This includes more than half of Republican voters (52 percent) who joined Democrats (85 percent) and Independents (62 percent) in supporting strict limits on carbon dioxide emissions from coal-fired power plants – a core component of EPA’s Clean Power Plan. Reducing these emissions not only helps combat global warming; it also improves public health.

Support for environmental protection is high across party lines. But since Scott Pruitt became Attorney General of Oklahoma in 2011, he has sued EPA over a dozen times in attempts to undermine standards that protect public health, as well as policies that help address our changing climate. He has targeted laws that protect us from toxic mercury – even questioning whether mercury pollution is bad for public health! — arsenic, and acid gas pollution that comes from power plants, and he has sued against rules reducing smog and soot pollution that travels across state lines.

Meanwhile, in Pruitt’s home state the number of lakes with fish consumption advisories due to Mercury pollution has more than doubled since 2010, and every county in Oklahoma measured received an ‘F’ from the American Lung Association on high ozone (poor air quality) days. The fact that he openly disputes the reality of a changing climate only adds to our concern about a Pruitt-led EPA.

The message for our Senators is clear: strong American concern for our health and our environment stands in stark contradiction to Scott Pruitt’s track record, and what he has planned if he were to lead EPA.

Pruitt and his allies regularly justify their health-harming, anti-environment legal attacks with the claim that EPA regulations are destroying our economy and eliminating American jobs. But here are the facts:

Given the opportunities the clean energy economy presents, it should come as no surprise that a full 82 percent of all registered voters also want to see more funding for research into renewable energy sources like solar and wind. This includes 74 percent of Republican and 76 percent of Independent voters. In Nevada, support for solar energy may even have helped swing a senate seat in this year’s election.

And strong support for measures that protect our environment and our health, while advancing a greener economy, receive support throughout the electorate, especially in key demographics:

Contrary to the narratives of division that the media lionizes every day, there are many issues and values that unite Americans of all cultural and economic backgrounds. Concern for the health of our children and grandchildren and care for our natural environment are two of them; a healthy economy is certainly another. They have been, and remain, of paramount importance to voters regardless of party affiliation.

It is now the job of the 115th Congress to govern in a manner that reflects the environmental values of Americans. This work begins in earnest with opposing the nomination of Scott Pruitt and blocking attempts by those who are intent to roll back the decades of progress we’ve made to improve our health and environment while growing our economy.