A Commitment To Bipartisanship Doesn’t Mean Staying Silent On Trump 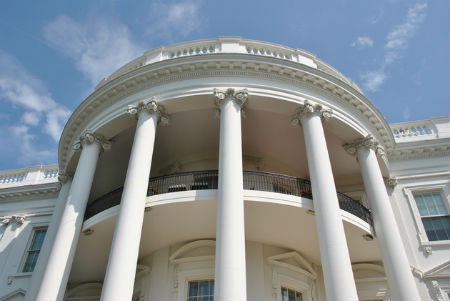 What would make an organization that prides itself on bipartisanship speak out forcefully, for the first time, in a presidential election? The short answer, as President Obama said recently, is “this is not your typical election.” The shorter answer is: Donald Trump.

EDF Action has long been committed to working with both parties on environmental issues. Our partner organization, Environmental Defense Fund, worked with the Bush Administration in 1990 to pass the first cap and trade law that dealt with acid rain. More recently, EDF Action found common ground with some of the most conservative Republicans in the Senate – including Jim Inhofe, with whom we loudly disagree on climate change – because it was the only path to reforming our chemical safety system. Just last week, we ran newspaper ads praising nine Republican members of Congress for taking a step forward on climate change.

But Donald Trump’s bluster and misinformation, his dedicated ignorance on environmental issues, and his plans to dismantle major health protections would be a disaster for our country.

Donald Trump has said that the “concept of global warming was created by and for the Chinese in order to make U.S. manufacturing non-competitive.” He says “our planet is freezing, record low temps, and our global warming scientists are stuck in ice.” In short, he said, he is “not a big believer in man-made climate change.”

The fact is that climate change is happening. A record number of heat waves, warmer average winter temperatures, and increased flooding are being seen in the US and around the globe. These changes pose a real and urgent challenge to our economy and our environment. It is deeply irresponsible to deny what has been confirmed repeatedly and consistently by scientists around the world. The changing patterns are confirmed fact. Trump is making false and unscientific claims.

Donald Trump has said that the Paris climate agreement is “one of the dumbest things I’ve ever heard in politics—in the history of politics as I know it.”

The fact is that the Paris climate agreement is a critical step forward. It brings all nations, including China, into the effort to cut pollution and boost the development of clean energy.

Donald Trump has said: “Environmental Protection, what they do is a disgrace.” He has made clear that that if elected “we’re going to get rid of so many different things. Environmental protection—we waste all of this money.” His view is that the EPA is “going around causing damage as opposed to saving damage” resulting in “tremendous amounts of money, tremendous fraud, tremendous abuse.” His plan is to do “tremendous cutting” of EPA’s budget.

The fact is that keeping our air and water clean is vitally important. EPA rules have saved countless lives. EPA needs resources to protect our health and prevent pollution from endangering our children’s future.

Donald Trump has said “there is no drought” in California.

The fact is there is a serious drought. Last year approximately half a million acres of agricultural land was fallowed due to drought. Groundwater levels in California’s Central Valley have dropped over 100 feet below historic lows, wells are going dry, leaving families and struggling communities without safe drinking water. Scientists say another year of drought could lead to the extinction for spring and winter runs of Chinook salmon.

Donald Trump has said, in his major energy policy speech, that his administration would eliminate environmental protections.

The fact is that without strong environmental standards the health of millions of Americans would suffer. The quality of our air, water, and the land on which we grow our food would deteriorate. The data is clear, the environmental rules that were created under both Republican and Democratic Presidents have caused our air and water to get significantly cleaner and with economic benefits far outweighing their costs. These rules have saved lives and made our economy stronger. Turning back to a dirty, less healthy America would be a tragic mistake for people and the economy.

Our urgent environmental problems need to be addressed constructively. Gross factual misstatements and blanket attacks on human health protections don’t advance the debate. They pose real threats to the safeguards that we rely on and the foundational laws that have cleaned America’s air and water.